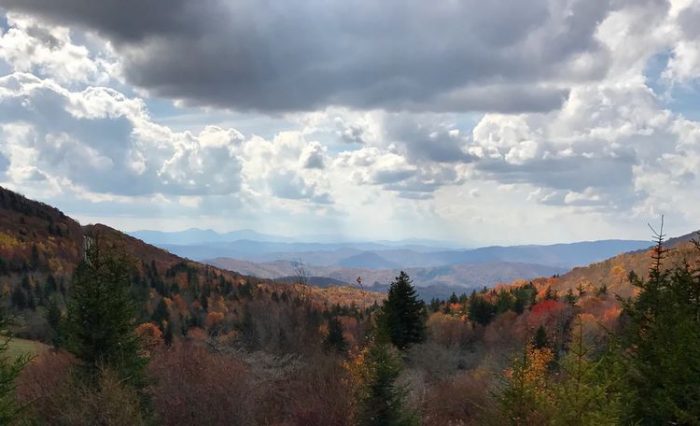 Sprawling across the Eastern United States, the Appalachian Trail is the longest hiking-only trail in the world. Highlighting some scenic vistas and great views, the trail is extremely popular and attracts about two million people each year. With millions of people and a journey spanning around 2,200 miles (3,500 km), how long does it take to hike the Appalachian Trail?

Thru-hikers, i.e. people who intend to complete the trail from end to end in a single season, usually take about five to seven months to complete the trail. Of course, there are speedsters who have completed the trail much faster. Joe McConaughy’s self-supported attempt for a thru-hike took just 45 days, 12 hours and 15 minutes. Inspiring as that time is, a regular hiker is going to take longer. It is understood that most thru-hikers will spend about seven months on the trail.

Of course, this includes enjoying the scenery, setting up camp at a nice spot along the trail and spending some time there.

Some hikers also do a “yo-yo” or flip-flop. This involves completing a thru-hike from one end to the other, and then turning back to complete another thru-hike to the original starting point.

ATC classifies a thru-hiker as someone who completes the full Appalachian Trail in 12 months or less. According to the ATC, almost one in four thru-hikers complete the trail. There are several factors that cause a thru-hiker to abandon their pursuit, ranging from injury to not finding the experience as anticipated.

Distance And Expectations For The Trail

The traditional Northbound route starts at Springer Mountain, Georgia, and goes up to Mount Katahdin in Maine. Hikers on this route will generally start in spring as the northern mountains are too cold at that time. Southbound hikers generally start from somewhere between May to mid-June.

ATC has been encouraging more hikers to take the Southbound route. The popularity of the trail attracts many people, and since most of them start with the Northbound route, the trail can end up being unpleasantly crowded. This also creates a greater impact on the trail.

It is seen that hikers usually start slow, and as they gain more confidence and become accustomed, they pick up speed. Most northbound hikers will cover ground fastest between Virginia and Vermont, considering the terrain is less challenging in these areas. They’ll slow down again in the rugged terrain of New Hampshire and Maine.

Will Having An Itinerary Help?

It is going to be tough to stick to an itinerary, and that’s just adding more pressure on yourself during the hike. Enjoy your journey, and take your time. Don’t be entirely careless about how you move, but do not try to plan every single day of the journey. The added pressure is more likely to bring disappointment, even though your intentions might be towards a well-planned hike.

The parts where having a plan will be helpful is on points where reservation and permits are concerned. For example, you can try for reservations at some camping sites. Many campsites on the trail also allow some flexibility for thru-hikers. Another worthy consideration is permits. Look for the permits you will need. For example, hikers ideally should get Great Smoky Mountains National Park permit before they begin their hike.

So, rather than having an itinerary that you must stick to, have a flexible plan. Consider where you are, and rather than pushing yourself to a random distance objective, take a more nuanced view of the situation.

There are plenty of guidebooks available on the topic, some made easy to access by the ATC. Use them to your advantage, and let your thru-hike be a pleasant experience rather than one where you struggle to beat the clock.

Health And Animals On The Appalachian Trail

Let’s start with animals here. You are going to be traveling through several forests and national parks, and it is only natural to expect some animals will show up. Native species along the Appalachian Trail are generally shy of humans and stay away.

However, there are points where animals have become habituated to human contact. People being careless with their food have created zones where animals, including bears, are habituated to finding food in such locations. However, encounters or even sightings of bears continue to be uncommon. Even so, be careful with your food. Clean up after yourself, and take something like Bear Canisters to better protect your food.

Sightings of snakes are more common along the route. Most of the snakes hikers encounter are likely to be non-venomous. Still, there are species to be wary of. Drier, rockier points on the trail have venomous snake species like Eastern timber rattlesnake and copperhead snake.

There are several animal and bird species you could encounter along the trail. While the larger animals are worth being careful around, it is the ticks that are a bigger health threat to hikers. Ticks are tiny insects and can transmit Lyme disease and other pathogens.

Popularity of the trail has brought in another health problem. With a large number of people taking the traditional Northbound route, there have been increased instances of hikers being exposed to norovirus. This is more common in instances where larger groups are on the trail. This norovirus problem is a stomach bug that is short lived, but it is extremely unpleasant. People afflicted with this problem generally prefer to abandon the hike or delay it.

If you are going on the Northbound route, be wary of norovirus. It’s also useful to register with the ATC and look for a start date that is unlikely to put you in the midst of crowds.

Some Cool Facts About Hikers And The Appalachian Trail

There are several shelters and campsites along the Appalachian Trail. You can find one of these at roughly every 30 miles on the trail. Many hikers still prefer to (and should) bring their tents along, considering these sites may get filled up and not have any vacancy.

Approximately 165,000 white blazes mark the route of the Appalachian Trail. In fact, the trail is so well marked, many people don’t have to rely on their maps. Even so, it is a good idea to keep your maps and guidebooks at hand.

Preparing For The Trail

The Elevation Is As Enjoyable As The Distance

Of course, the trail takes you through several phases of ascending and descending the terrain. On average, thru-hikers ascend and descend almost 464,464 during their journey!

You will certainly go through several pairs of shoes and socks in hiking this 2100+ mile trail! On average, thru-hikers will use up 4-5 pairs of shoes. And that’s one of the better estimates… getting 500 miles out of a shoe means you’re doing pretty well. The number also depends on your weight, gear, and terrain.

Budgeting For The Appalachian Trail

How much does it cost to hike the Appalachian Trail? Most estimates say that you will need about $1000 for every month you are on the trail. This includes costs like food, resupply, and repair. Also, the occasional splurge as you hit one of the many towns along the route! Be conscious of your budget and spend carefully. You’ll also have to budget for your gear that you’ll need along the trail.

Some national parks, forests, or public lands on the route require permits, fees, or reservations. Northbound thru-hikers should get a Great Smoky Mountains National Park permit before starting their hike.

The Appalachian Trail Goes Through 14 States

Here’s something to visualize the trail and know how it takes so long to hike the Appalachian Trail. The trail will take you through 14 states. On the traditional northbound route, you will visit Georgia, North Carolina, Tennessee, Virginia, West Virginia, Maryland, Pennsylvania, New Jersey, New York, Connecticut, Massachusetts, Vermont, New Hampshire, and Maine.